(PANAMA CITY, FL) Magic Broadcasting’s Island 106 (WILN-FM) no longer has a morning show after parting ways with DAVE / ceej. The move is effective as of October 21st, just ten days after Powell Broadcasting announced it could not sustain operations in that market and less than three weeks since Hurricane Michael ravaged the area.

Magic Broadcasting, whose transmitter and station was not damaged in the storm, is moving forward without a morning show, telling DAVE / Ceej that their positions were “eliminated for budget cuts due to Hurricane Michael.”

“We’d like to thank Magic Broadcasting for the opportunity to fulfill our dream of having a morning show together. Our only regret is our (850)Strong fundraiser has taken a hit without the station’s platform... but we are committed to seeing it through to raise $10,000 for the kids of Bay County!” - DAVE / Ceej

All proceeds go to benefit the Bay District Schools and Anchorage Children’s Home, both of which sustained unbelievable damage.

The shirts are available at www.daveandceej.com. 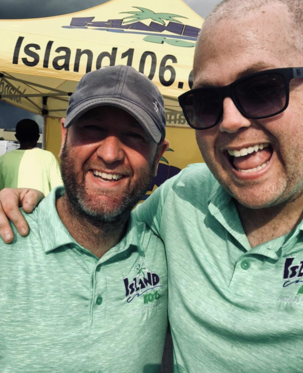